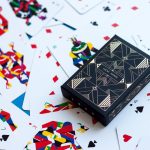 Shortly after we started our online tournaments on BBO it was agreed by all to donate €2 every time we played,the proceeds to be used for a good cause..By the end of July the Paphos Bridge Clubs, with their regular participation in the games, managed to collect €3195-they even collected from people who played from abroad and who were more than willing to contribute.

The collective decision was to give the whole amount to charity and three charities were nominated:

The president of the Cyprus Bridge Federation,Philippos Frangos,was invited to present the cheques to the charities in a special ceremony organised by Grace Cullen at Kamares,Tala,last Thursday.The idea is to support notable groups involved with charitable work while promoting bridge in Cyprus  at the same time.

We will continue to donate €2 every time we play so that we can help more charities but also to support our clubs which are facing financial problems because of the pandemic. 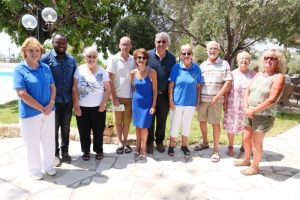 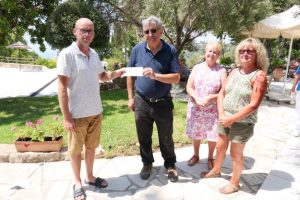 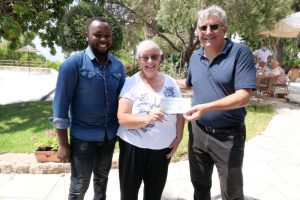 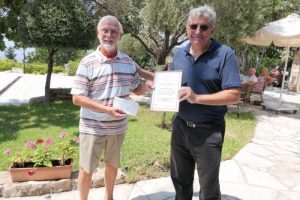 Bridge is one of five recognised intellectual  sports 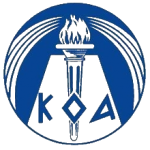 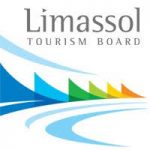